Man gradually comes to recognize the complete humility of the Triune God, who is not daunted even by our darkest Hell.

Initially God conceals His humility from man so that man will not deny Him for being what He is. Thus God prefers to conceal from us what he is in reality, because it is better for us to deny Him for being something that He is not, rather than for what He truly is.

Man is therefore required to progress spiritually, so that God may reveal to him what He truly is. Otherwise he runs the risk, not only of remaining unrepentant, but even worse, of denying the complete humility of God, who owes His own omnipotence precisely to His unfathomable humility.

By grace of His willing sacrifice on the cross, Christ did not merely descend into Hell for three days, but out of boundless divine humility He patiently awaits each of us in our own Hell. Yet we risk missing our crucial appointment with Him if, oblivious of the existence of our own Hell, we fail to understand exactly where it is that Christ awaits us.

The cross that confronts each of us, whether it is small or great, is usually the opportunity for us to begin our painful descent towards the encounter with Christ, in the place where He awaits us.

The descent through the cross is a journey filled with affliction, for the limits of the created, fallen human being will be ‘tested’ more and more, in order that he may become ever more receptive of the life of the Risen Lord.

This affliction can be overwhelming, but it is so much outweighed by the consolation granted to one who takes up their cross unwillingly – and even more if it is done willingly – that they prefer to suffer with Christ rather than die separated from Him.

When man has had even the smallest taste of the sweetness of divine self-effacement, he will choose rather to suffer affliction than to act unjustly, to be extinguished in order to be rekindled, and to die in order to be resurrected. An endless path to ever greater expansion opens before him, since it is impossible for human creation ever fully to encompass the inexhaustible divine being.

The recognition of God’s complete humility, which makes it possible for Him to act even in our Hell, awakens a sense of spontaneous obligation towards God in the one He has benefited, who thus prefers to die rather than cause grief to such a God, in word or in deed.

Indeed when we come to realize, in the face of the infinite and humble love of such a God, how sinfully we have lived and continue to live, we must tremble. Then we begin to recognize that our greatest enemy is anything, within us or without, that seeks to sever us from the omnipotent complete humility of the Triune God.

Once we realize what the Lord has accomplished in our own Hell, we become aware of the divine activity in the Hell of each one of us, and so begin to share the afflictions of everyone as one’s own.

Unlike other worldly joys that one selfishly hides in order not to lose them, joy in the Holy Spirit wishes to be shared with all if possible, even with so-called ‘dumb’ creation.

Abandonment by God is the equivalent of the Cross itself. At the critical hour of God’s abandonment, the believer is called upon to follow in Christ’s footsteps, without losing faith in God, and thus to follow a path which is entirely contrary to that taken by Adam. Adam lost his faith in God while still in Paradise, and entered into Hell. The believer is called upon to keep his faith even in the Hell of God’s abandonment, so that at the last he may gain Paradise. 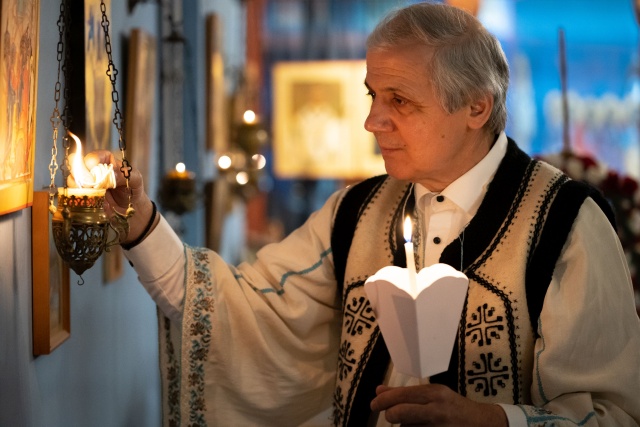